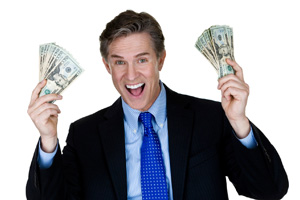 For anyone wishing to date a millionaire or rich man there are a myriad of factors to consider.

Some questions to be asked include: do I know enough about the characters and habits of millionaires and successful rich men? Or: how can I best find such a millionaire or rich man to date and, hopefully, marry or have a long term relationship with?

Yet, perhaps one of the most important questions to be asked is: what are some of the differences between millionaires and rich men in terms of whether they have old money or new money? This difference may be material in the sense that the characteristics and behaviour and outlook of such wealthy people may be determined by how they acquired their wealth.

Perhaps surprisingly, such differences do not necessarily relate to the age of the millionaire or rich man… let me explain further:

Old money: usually refers to those millionaires or rich men who have been born into rich families, where their wealth may have been accumulated by earlier family members through their business dealings, or even inherited from previous generations.

Such men may be young or old and maybe have followed in the traditions of their wealthy families: ie going to certain schools or universities and, perhaps, working or being involved in their family businesses.

Often with a fairly conservative outlook, many of this type of millionaires and rich men move in certain social circles, in many cases dating and marrying women (or men) in other rich families.

New money: on the other hand, this phrase usually refers to those millionaires or rich men who have becomes wealthy through their own efforts; perhaps starting new businesses or taking over old businesses and making them successful.

In the modern technological age, new money millionaires and rich men may well have started or made their money in the tech or digital information sectors (the so-called dot.com sector) or perhaps in on-line marketing or sales of products; or even sports stars etc. This is not always true, of course as there are plenty of other successful new money millionaires.

Many of these types of millionaires are young (but not all), less conservative and with quite different backgrounds to those who can be called old money. Perhaps they didn’t go to elite schools or universities; maybe didn’t even finish their education, instead taking the opportunities that came their way to excel in their chosen business fields.

So for a woman (or a man) looking to date and/or marry a millionaire or rich man, it’s important to distinguish between those with old money or new money as this can readily give an insight into the characters and attitudes of the perfect match they are looking for!